Blog / What are the Signs of Ovulation?

What are the Signs of Ovulation?

Ovulation is a process in the female body during which a mature egg gets released from the ovary. There are a couple of ovaries in the female body. Out of these, only one releases the egg at a particular time. This egg travels through a narrow tube-like structure known as the fallopian tube. Not only this but the ovary also secrets female sex hormones that include estrogen and progesterone. If a woman follows a calendar, she may feel some remarkable changes in her body functioning during her fertile window.

That is why this read is arranged especially so that women may not feel any hurdle in understanding whether they are ovulating or not. So without wasting your precious time, let’s get through the article.

Every single month, a woman’s body prepares itself for pregnancy. This is why she feels some weird changes in her body functioning that may include the following signs:

Changes In The Basal Body Temperature:

Basically when a woman is taking a rest, then her body temperature is considered basal body temperature. And now when the fertile window starts that you can also track using an ovulation calendar this temperature slightly rises and lasts for a few days. No doubt this method of estimating ovulation occurrence is not so perfect but it works. The normal range of the temperature during ovulation is almost 97-97.5 degrees Fahrenheit.

In the blood, there is a certain hormone that is known as Luteinizing Hormone. Now when you consult with your doctor or physician during the day you feel awkward, then your doctor may prescribe your test for blood. Now one thing to consider here is that these tests may be more than one. The reason for this is that the LH is released in the form of pulses. So taking different samples at different times will help in predicting the ovulation better. So if you are following the calendar and your fertile window approaches, go for these blood tests to confirm your ovulation.

Well, this is one of the easiest and instant ways to predict whether you are ovulating or not. Yes, what you need to do is to buy an OTC Kit and perform the test at home on your own. Usually, the ovulation happens almost within 24 hours after the LH is detected in the urine. Now in case, your menstrual cycle changes its length every month, then you may strictly follow up the calendar to estimate your fertility days and thus ovulation.

This is one of the effective medical diagnosis treatments to check the validity of ovulation. In this test, a probe-like wire is injected into the vaginal tube where it is extended through the whole tube to reach a structure. This structure is basically an area of ovarian follicles in the woman’s ovary. This structure contains the ovum (egg) if ovulation occurs. Now if the appearance of the egg is confirmed during the test, then it means you are absolutely ovulating. And this is indeed the right time for successful intercourse with your partner.

Some Other Common Signs:

During ovulation, a woman may experience some other symptoms as well. These include severe bloating in the lower abdomen, tenderness in breasts, vomiting, enhanced sex desire, and others like that. So if you find your fertile window appearing soon by looking at the calendar, then you may feel a few or many of these symptoms in your body. And this is the best time for intercourse so that the chances of pregnancy may get maximum. 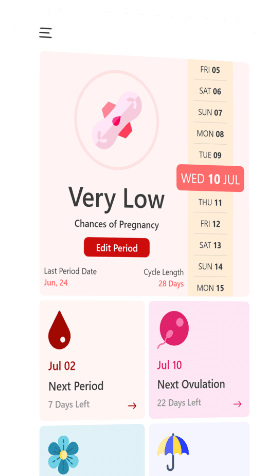 What Is My Ovulation Date?
When Am I The Most Fertile to Get Pregnant?
What are the Signs of Ovulation?
When Does A Woman Ovulate?
ADVERTISEMENT